With a mainland area of 2,780,400 square km, Argentina is the eighth-largest country in the world, the fourth largest in the Americas, and the largest Spanish-speaking nation in the world.

Argentina receives many tourists and travelers every year thanks to its enormous variety of natural wonders, culture, customs and internationally renowned gastronomy. The country also benefits from a very high degree of development, excellent quality of life and good infrastructure.

Argentina is one of the only countries in the American continent - together with the United States and Canada - that has reached optimal levels of Research and Development in the field of science. Its technological and scientific capacity has allowed Argentina to design, produce and export satellites, build nuclear reactors and be the first software producer, among other things.

The Argentine territory extends from the highest peaks of the Andes in the west to the great rivers and the vast beaches and cliffs of the Argentine Sea in the east; from the tropical jungle of the Yungas in the north to the valleys, glaciers, lakes and cold forests of the Andean Patagonia in the south. If you are planning to visit various regions, please note that, in most cases, air travel is needing to cover the large distances. 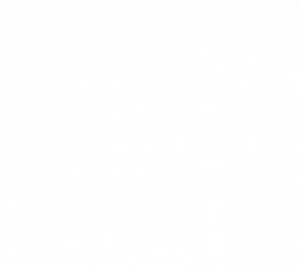 This website uses cookies to improve performance, functionality and user experience. By agreeing to continue to browse our website, you are providing consent to the use of cookies. You can change your configuration at any time.
ACCEPT
Manage consent

This website uses cookies to improve your experience while you navigate through the website. Out of these, the cookies that are categorized as necessary are stored on your browser as they are essential for the working of basic functionalities of the website. We also use third-party cookies that help us analyze and understand how you use this website. These cookies will be stored in your browser only with your consent. You also have the option to opt-out of these cookies. But opting out of some of these cookies may affect your browsing experience.
Necessary Always Enabled
Necessary cookies are absolutely essential for the website to function properly. These cookies ensure basic functionalities and security features of the website, anonymously.
Functional
Functional cookies help to perform certain functionalities like sharing the content of the website on social media platforms, collect feedbacks, and other third-party features.
Performance
Performance cookies are used to understand and analyze the key performance indexes of the website which helps in delivering a better user experience for the visitors.
Analytics
Analytical cookies are used to understand how visitors interact with the website. These cookies help provide information on metrics the number of visitors, bounce rate, traffic source, etc.
Advertisement
Advertisement cookies are used to provide visitors with relevant ads and marketing campaigns. These cookies track visitors across websites and collect information to provide customized ads.
Others
Other uncategorized cookies are those that are being analyzed and have not been classified into a category as yet.
SAVE & ACCEPT